Red Dog Outfitters has land leased in 5 counties in Northwest Kansas. Much of the land is open crop or grassland. Our Bucks move in after harvest and leave every spring. While we do have some properties where Bucks live year round, that is the exception, not the rule. Once the Corn is out the Deer that have been living in that corn run for cover, which is what we have leased, and a LOT of it. Our creek bottoms are sure to give you the pee shivers. Hunting is done from pre-hung tree stands in bottlenecks or near mineral sites. Deer in Kansas can be hunted two ways, semi-guided, or fully guided. Semi-guided Deer hunters will be given a map of the property with stand locations marked on the map. They will also be given advice daily of where and how to hunt the farm as well as given a picture of every Buck that lives on the farm. This makes it easy to pass a tempting Buck when you KNOW a bigger one, two or three live there. Deer in the 130 and up range live on every farm I have leased. If they don't, I won't have pictures of them and will not put hunters in on that farm.

Fully guided Kansas hunts are for the hunter that wants a special Deer that exceeds 150". These Deer do not live on every farm and must be scouted out and specifically targeted. Fully guided trips run for 5 days and are only guided by myself, the owner of Red Dog Outfitters, Tim Clark. I will not hire guides to run my hunters because it's not their future, its mine and no one cares about your happiness more than I do. That said, fully guided trips at Red Dog Outfitters are extremely limited. This isn't a 5-star resort, this is a hunt. If that's what you're after, there are a lot of places that have great lodges and cooks. Most every dollar you invest with me will be spent on chasing Deer, not medium rare prime rib and a 60" plasma TV. Hunting with me is a lot of hard work, early mornings, breakfast on the go, brats over lunch and a lot of BS'ing around the BBQ drinking cold ones and talking about days past and tomorrows plans. I don't rest until you harvest your Buck. Generally what happens is I'll put you, or you and your friend in an area where a Buck of your approval lives. This is set up so we can cover the Buck if he zigs, or zags. I drive you in, drop you off and then go scout for other Deer until its time to come to get you. I can also sit with you and call, film, score, and cuddle 😀 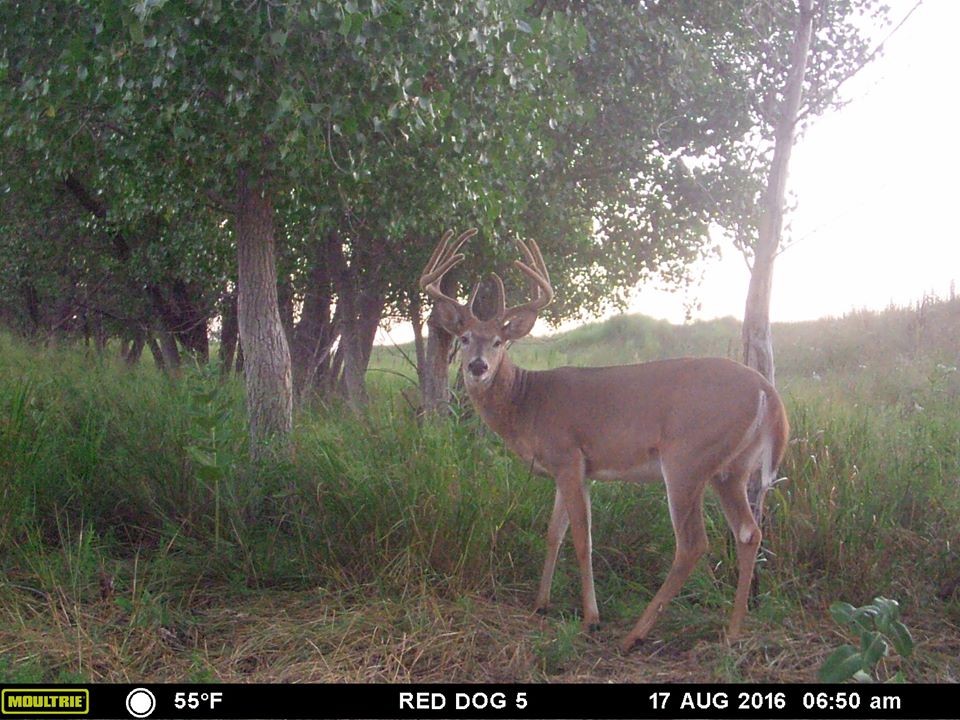 Red Dog has secured Several miles of the Platte River near Brady, Nebraska. Hunters report seeing hundreds of Deer here over a span of three or four days. Don't expect to see hundreds, but this is not uncommon. Call the North Platte Game and Fish office to ask about Deer numbers in Brady if you just tossed a Red Flag. This property is flat LOADED with Deer however due to the Nebraska regulations allowing Rifle hunting during the Peak of the Rut the Deer here just don't get as big and nasty as the Kansas Deer. Still, though, plenty of great Deer in the 130 to 150 range are taken every year. This unit is OTC for Archery and Muzzleloader and a gimme draw for Rifle. If you don't draw Kansas, consider a trip to Nebraska. Harvest sizes are almost identical state to state because most bow hunters can't pass a true Pope and Young Deer at 10 yards. You have to pass a few of those to get a giant usually. In fact, I don't remember anyone ever shooting a Monster without first passing a few nice ones first.

We have secured thousands of Acres near Curtis Nebraska. The terrain consists of rolling hills to steep, shallow Canyons. The Property is wooded with mostly Cedar. 2016 is our first year with the lease but we have very high hopes for Mule Deer and Whitetail both here. Your Archery tag is good for either species. Muzzleloader and Rifle are historically a gimme draw for the MDCA (Mule Deer Conservation Area) license. Hunting here will be done from waterholes to spot and stalk. Western Hunters who are used to glassing and then going in for the kill will thrive in this target rich environment. 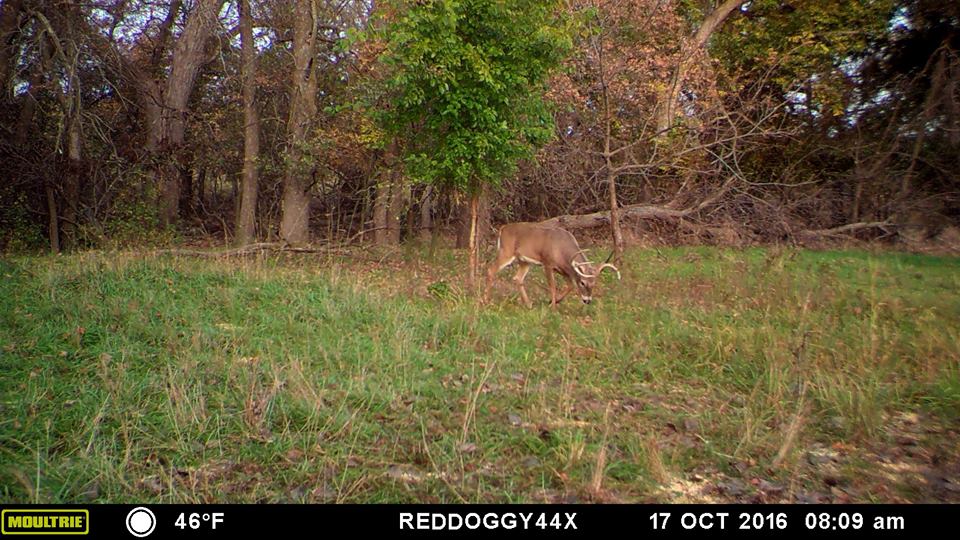